How To Remove Mould From Ceiling Safely: A Quick Guide! 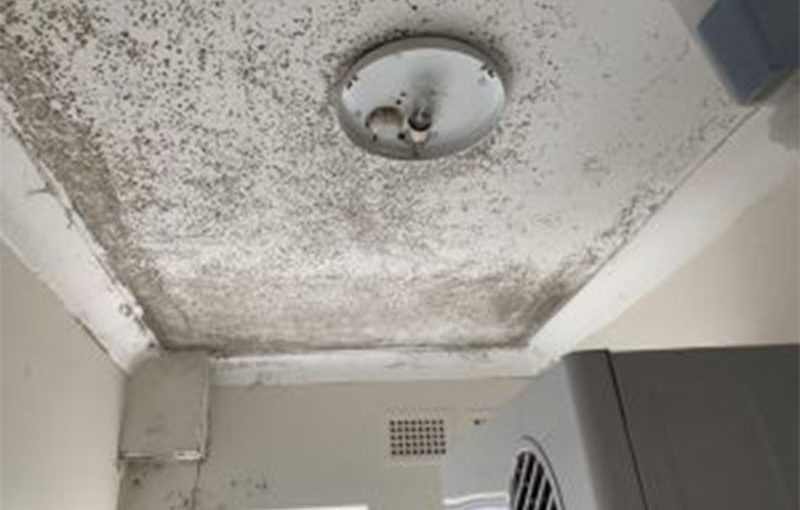 Ceiling mould is one of the annoying household problems that need immediate attention. The mould on your ceiling is not only unsightly but also unhealthy. If left untreated, it could lead to many health problems such as asthma, respiratory infections, nasal congestion, coughing, throat irritation, chest tightness, etc. Wall and ceiling mould can also cause structural damage to your house.

There could be several reasons behind mould growth on ceilings. These include leakages, high humidity levels, inclement weather, condensation, etc.

However, taking the right measures at the right time can help prevent further damages and complications. This article will discuss a few mould removal methods that will help you clean mould off a ceiling quickly and safely. We will also discuss some important things you should keep in mind before getting involved in the process. So, let’s get started.

Cleaning Mould Off Your Ceiling

Here’s how you can do mould removal from your ceiling:

Bleach is one of the most popular cleaning agents that work by killing mould and bacteria. It sanitises the surface and helps prevent decay from returning.

The tools you will need to remove ceiling mould using bleach include:

First of all, put on the gloves and safety glasses and make a solution by mixing bleach and water (one part bleach and ten parts water). Use the spraying bottle to spray the solution on all mouldy areas on your ceiling. Then scrub the surfaces with a sponge. It will remove all mould build-ups. Finally, consider rinsing the affected area with water and let it dry.

Remember that bleach is a chemical product that emits toxic fumes. It can be dangerous for those with allergies and sensitive skin. So, consider wearing proper safety gear before you start the process.

Vinegar is an eco-friendly mould remover that is 100% safe and natural. It can eliminate and prevent mould growth on ceilings.

Here are the steps for removing ceiling mould using vinegar:

Eliminating the Source of Ceiling Mould

Only removing mould from your ceiling is not enough. It would help if you also worked on eliminating the source of the problem. Consider checking your roof and walls for any holes and damages. You can also call a mould removal specialist to perform a thorough mould inspection.

Removing mould from ceilings is a tough job. It would help if you were very careful when spraying the cleaning agent or climbing up the ladder. Otherwise, it could result in an accident.

I hope these tips will help you remove mould from your ceiling. However, it’s recommended that you leave these kinds of jobs to the experts. It will help you save time and energy. Also, it will give you peace of mind.